Everything tagged with "Rockwood Music Hall" 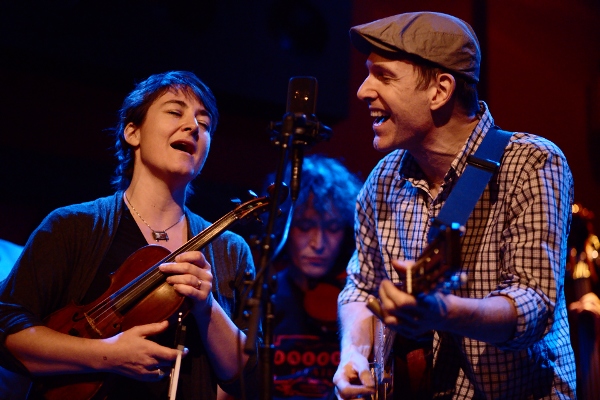 The Snake Oil Review evolved out of Traditions, a long-running (32+ years) radio show on WFMU which features the best of every kind of folk and traditional music. Of course the live version would feature M Shanghai! They are quite possibly the finest bluegrass band in New York City. Unfortunately they may also be the most unwieldy. Not every member of the band could make the show (which is perfectly normal for them) yet they still packed the Rockwood stage. The band which followed them actually joked about it. It was a wee bit awkward.

There are advantages to being such a large band. With four albums' worth of material (plus standards) of course their performances have variety, but the fact that most members of the band write songs takes their variety to another level. This is a band with a dozen different styles which all work. Their catalog includes everything from beautiful ballads to wild near-rock songs, from moody dirges to silly dittys, and furthermore Phillipa Thompson's ballads are distinctly different from Hilary Hawke's ballads which are distinctly different from Austin Hughes's and so on. On top of that the songs themselves are a bit flexible. Like most bluegrass bands anyone can step up and solo in certain parts of most songs. They mix up the vocals on some songs. This particular show featured a rare lead vocal performance by Glendon Jones on the song "Vivian Girls". I have heard at least four band members sing lead on that song.

Variety is the musical equivalent of a preservative: it keeps music from getting stale but does not make it enticing in the first place. Fortunately these guys know how to write tasty tunes. If fact the really impressive thing about M Shanghai is how they can put on two completely different sets of killers every month at Jalopy. The sheer number of their songs which have become "classics" is impressive. With all those songwriters in the band I imagine that each new song goes through quite a gauntlet before we get the chance to hear it. Do be sure to catch them sometime. 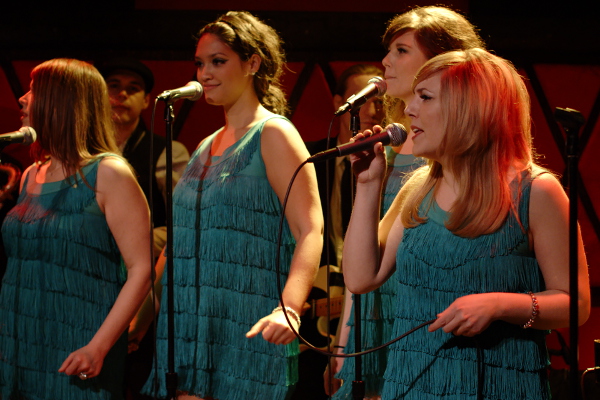 The Sweet Divines (and guests) at Rockwood Music Hall (Stage 2)

The stage at the Rockwood Music Hall was not made for this many people so the audience missed out on some of The Sweet Divines' usual choreography. The music on the other hand was catchy and playful, at times a bit sappy, but often charming. Guest vocalist Nicole Atkins was electrifying, and while guest singer (and possibly dancer?) Tami Lynn started a bit slow, her last few songs were worth the wait. 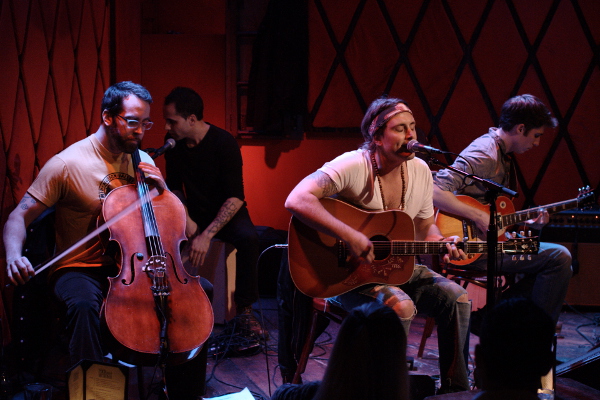 Yes, I know I have photographed Dandelion Wine at Rockwood before, but this time they're on stage two. Fuck Yeah Stage Two! It's twice as big and when you play there you're automatically twice as good. 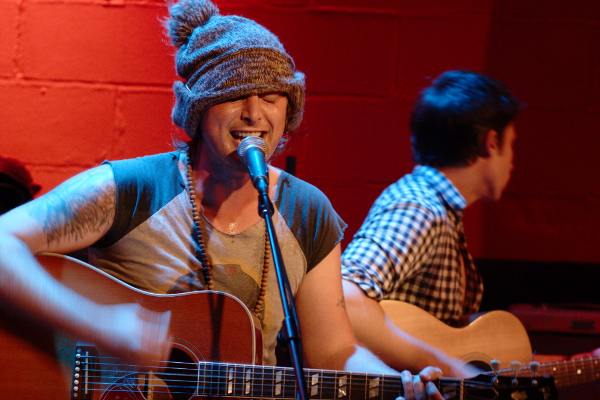 Stage #1 at Rockwood Music Hall is not so small, but the piano fills up about half of the available space. As such two members of the band were not able to get up on stage! My apologies to them, and I hope they enjoy all of the lovely photos, mostly of Danny.