Everything tagged with "Backstage" 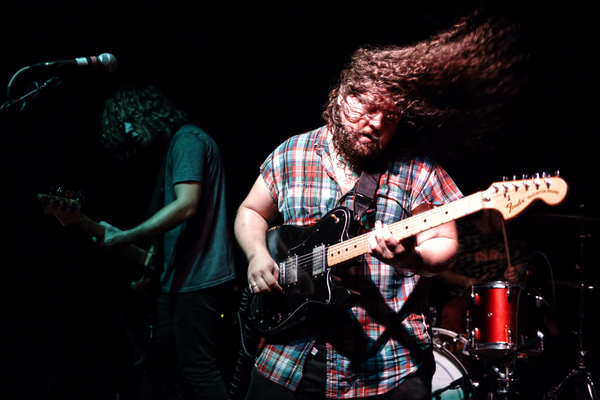 Now here's a band that brings the rock.  And only the rock, apparently.  Some of the songs on their Bandcamp sounds a little like that disco-punk stuff which is so hip these days, but apparently they will have none of that hipster stuff live.  They will however give the crowd shit for not standing closer to the stage, then jump into the crowd and party with 'em. 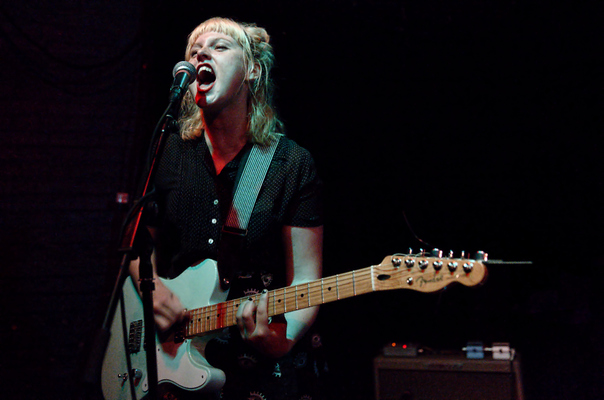 In case it is not immediately obvious from looking at the photos, it was hot that day! The temperature may have hit 100 degrees outside and I'm guessing it was at least that hot on stage under all those lights. So here are my photos of Tweens melting (or at least their hair product). 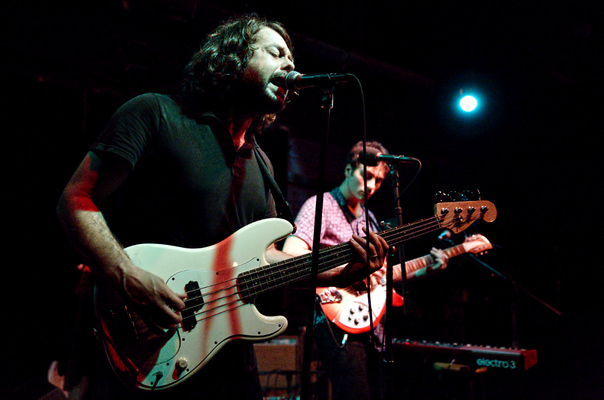 At first I had a hard time believing that this was the same band I saw before. They were so clean-cut before! All I can figure is that this was the end of their tour (13th show, I believe) and that noone remembered to bring a razor. This is the face of touring, folks. 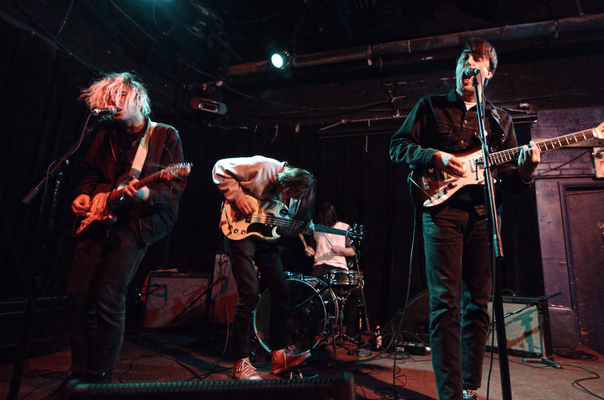 Hmm, these guys seem to have mellowed out a bit since the last time I saw them. Their sound is a little more epic now, a little more like a normal rock band, honestly. But they have enough of an edge to keep things interesting. Once a Burger band, always a Burger band. 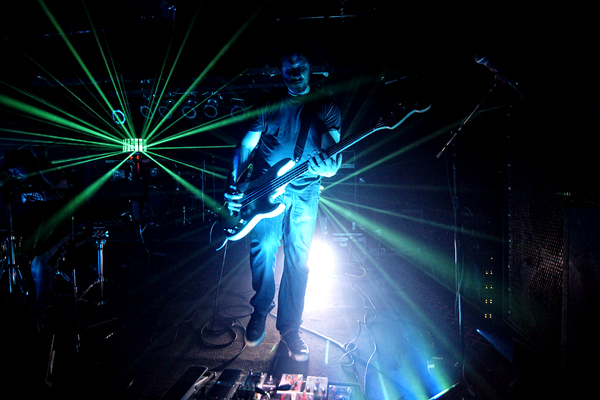 I suppose it would be too simple to just call Black Clouds DC's answer to A Place To Bury Strangers. However I am very, very lazy so there it is.

Now of course there are differences, the most obvious being that Black Clouds have no vocalist. They're all about creating soundscapes, and not nice psych-y "let's all get stoned and be happy" stuff either. For example they show some strong metal influences the disturbing "Everything Is Not Going To Be Okay". Their live show in general seems to be harder edged than their album, which is now two years old. Bands like Disappears like Nothing have been popularising the nihilistic psych thing lately. Perhaps Black Clouds decided to move further in that direction as well? 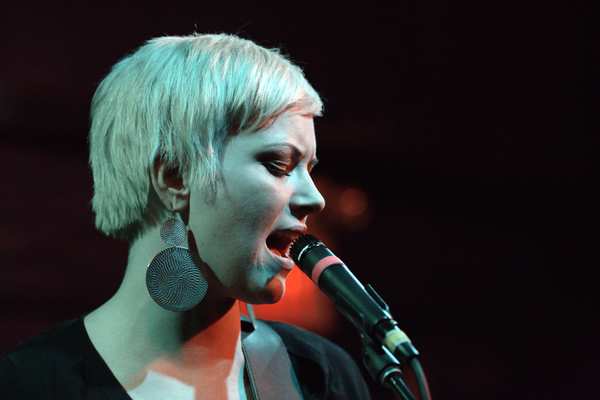 As far as I can tell Beach Week normally perform as a trio. This performance was as a duo, and I'm guessing the result was more rock-n-roll than usual. I say that because the one recording I can get my hands on seems more focused on the vocals, more girl-group-ish, more "clean". This show was more like garage rock, more aggressive, rougher around the edges, and kind of fun that way. Still, a bassist wouldn't hurt. 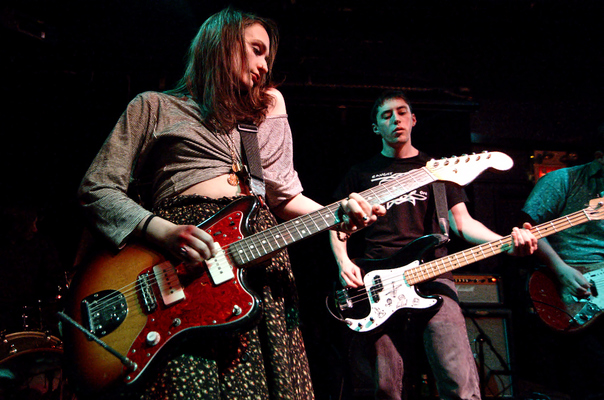 Speedy Ortiz is one of those bands which sound just a little crazy. While they certainly play rock music with the catchy rhythms (at times) they also use more than a touch of atonality and some unexpected surprises in the lyrics. It is music which requires effort.