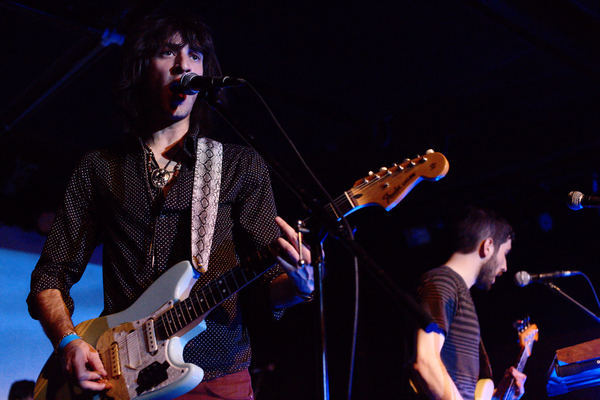 Dinowalrus at The Knitting Factory

This is a good example of a show which should have had different lighting. Dinowalrus would have gone nicely with more a flashy light show. Their sound is that 80's alternative-rock sound, similar to local bands such as Beach Fossils or DIIV but just a bit more trippy, more ephemeral. It's still a big sound though, the kind which goes well with big venues and flashy light shows. Instead most of the time there was this weird marquee thing where one spotlight flashed for a moment, then the one next to it flashed for a moment, then the next and so on around the stage. In my opinion at least my best shots were taken when lots of lights were on. Oh well, can't win 'em all.