Everything tagged with "The Cambodian Space Project" 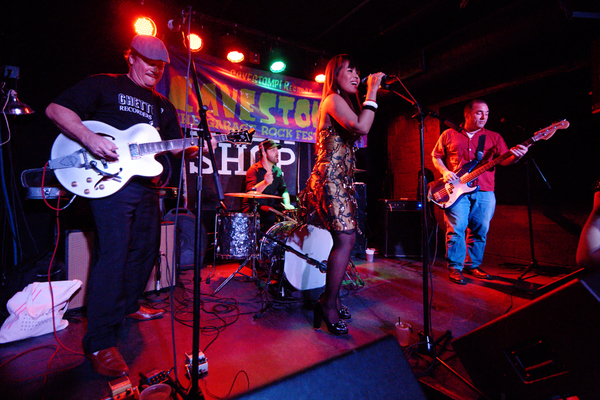 The Cambodian Space Project at The Rock Shop

I believe that only lead singer Srey Channthy of The Cambodian Space Project actually managed to get a visa, so technically this is her performing the band's songs. I have to say, though, this was a pretty sharp backing band. Aside from the fact that some of the instruments are missing they sounded like the real band.

Their sound has been called psychedelic, surf, and garage, and surely it is influenced by those styles. More than that they are part of a musical tradition which developed in Cambodia in the 60s and 70s and more or less died out (literally). Radio station WFMU's website has a lot more info and some mp3s you can listen to. The point is that these folks are the next generation, taking that Cambodian musical style forward.