Everything tagged with "Norton Records Benefit" 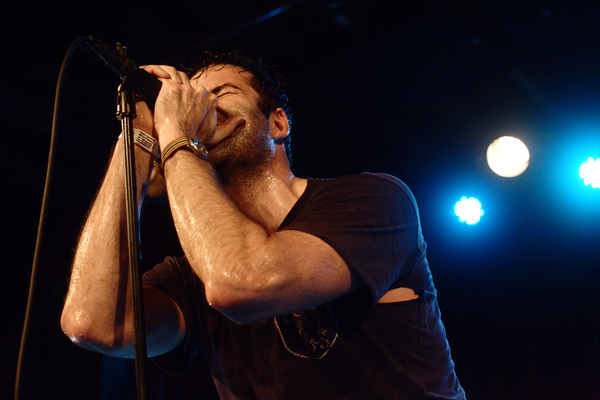 Rye Coalition at The Bell House

The band called Rye Coalition has existed for twenty years and everyone in the band is my age. Wow, that's sobering. I'm not sure I had even seen a live band twenty years ago unless you count classical orchestras or that one Monkees concert my cousins dragged me to in the mid-80s. I don't think those should count.

Rye Coalition would probably be called punk if they were the least bit pretentious, say if they dressed the part or were political at all. They have that ability to project a sense of sloppiness and wildness while actually playing carefully-crafted songs which you see in experienced punk bands. It's like they're fusing hardcore, metal, punk, and all sorts of loud rock while keeping the resulting musical frankenstein under control. They are not the wildest band in the world but they sure have lots of energy. Their philosophy must be to let the crowd go crazy, and I'm guessing this works out very nicely for them. 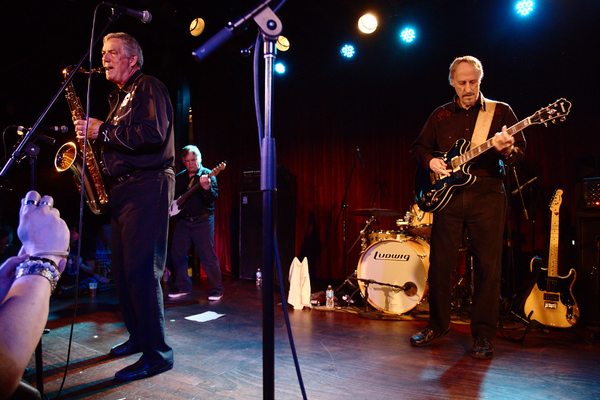 The Sonics at The Bell House

I'm impressed when a band keeps going for five years. The Sonics have been going at it for fifty years and they still sound great! I assume they took a few breaks during the last half-century to grow up and have kids and whatever, but anyway, I was expecting at least the singing to have lost some energy over time. Not at all -- each of their three of their lead singers nailed it and the crowd loved every minute of it. Some people may have loved it a little too much since there were several fights at the show! Rock 'n roll?

Considering that they sell out bigger venues than The Bell House it was rather nice of these guys to play a benefit show for Norton Records. They also let Norton co-founder (and A-Bones drummer) Mirriam Linna play on a song. Yeah, she had a good night. 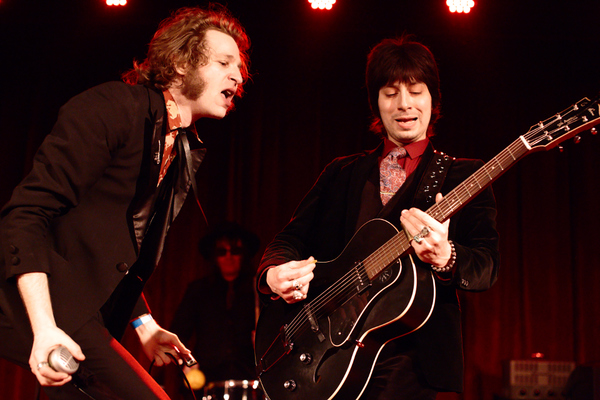 Daddy Long Legs have an incredible impact for a band with such a stripped-down sound. Sometimes it's just vocals over rhythm (guitar, drums, and usually some stompin') but even those songs are surprisingly intense and chock full of attitude. When they let their guitarist loose the energy just floods out of these guys.

Needless to say catching them live is a blast. As for their recordings... I don't know because they only just released something on CD after unpteen vinyl singles. Dangit, not every music lover cares about vinyl! 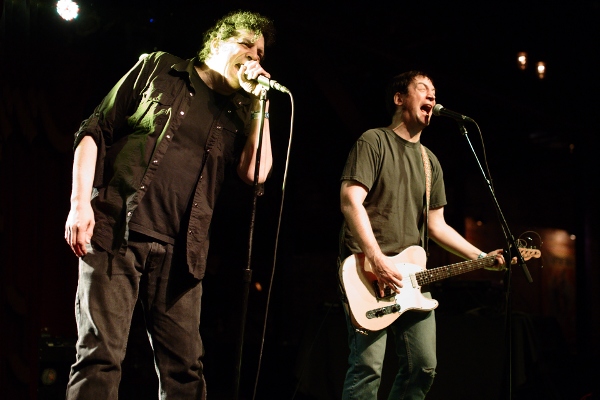 Have you ever heard some random old song from the early days of rock-n-roll and said to yourself "Wow, that's really catchy?"  Then as a sense of deja vu sets in it occurs to you that every time you hear a song from back then it seems so fun, so energetic, that you wish you could hear that sort of thing more often? It seems that the A-Bones not only had this experience but really took it to heart. They play nothing but that great early rock-n-roll. Some songs are covers, some are originals, but all of them are great fun.

A-Bones singer Billy Miller and drummer Miriam Linna are also the head honchos of Norton Records, a record label which releases exactly that same kind of awesome early rock-n-roll plus newer stuff along the same lines. Their warehouse in Red Hook, Brooklyn was hit pretty hard by Hurricane Sandy. I see something in that article about "four feet of water". Yeah, that's not good. Apparently most of their stock (meaning "records" and so on) was either damaged or destroyed. The Norton Records website has more info. Anyway, folks from the musical community are helping out by throwing fundraiser shows such as this one (I think). Hopefully Norton will recover quickly. 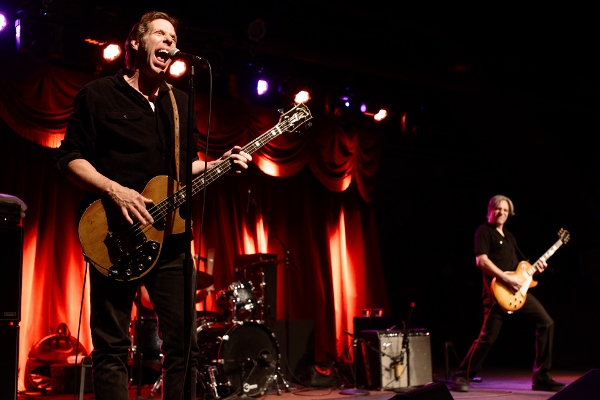 The Swingin' Neckbreakers at Brooklyn Bowl

The Swingin' Neckbreakers are as close to being a punk band as a band can be without actually being punk (got that?) They're loud, aggressive, and have all sorts of attitude. They were giving the bowlers shit ("You kids suck at bowling!") the audience shit ("What an ugly crowd!") and even themselves shit ("Who's that fat guy on TV?" while pointing to a screen which showed them on stage). The difference is that their music is not raw. The band is sharp. The tunes have actual melodies (and they're catchy as hell too). This is almost punk, but really it is rock-n-roll played with maximum attitude, and it is a blast. 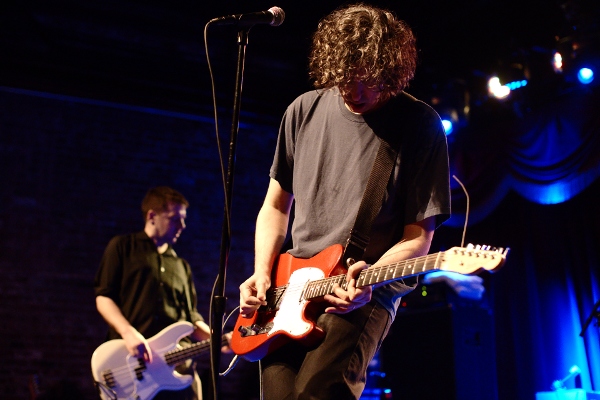 The Piggies at Brooklyn Bowl

Writing about your friends' band is always a little awkward. They are likely to have an opinion about your opinion and to actually tell you. Don't you hate it when other people tell you their opinions of you? Horrible!

So anyway, the four members of The Piggies have probably been in fifty bands between them. I'm pretty sure that every single one of those bands was either a punk band or a garage band. So while it might be accurate to say that The Piggies are a blues-rock band they still have some pretty deep garagepunk roots. They aren't as heavy or introspective a blues band and some of their guitar solos sound more like rock solos than blues solos. On average, that is. They also have straightforward blues rambles like "Dumptruck" and songs like "As Sweet As They Come", a bass-heavy grinder which sounds completely different for the rest of their stuff.

The most distinctive feature of their music is probably the quirky lyrics. And yes, I am well aware that "quirky" is one of those gets-you-in-trouble words. If challenged on this the lyrics of the song Wanna Go To Heaven are probably my best defense. Let's just say that The Piggies's lyrics contain some creative turns of phrase, some just brilliant, others kind of odd. And again, not every song is like this. They do have some songs which are relatively straightfoward "love" songs (for a rather horny definition of "love") and for that matter an instrumental or two. The important thing is that their stuff is really catchy. It just happens that if you pay close attention you might be in for a surprise.